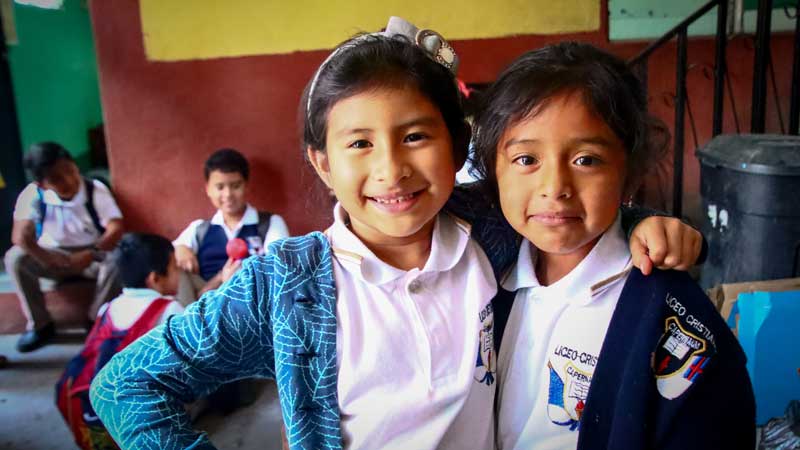 I love to talk to the students at ChildHope schools. I love to hear about their hopes and dreams. I am always impressed with the confidence they express. You see, there is a confidence in knowing who you are.

Poverty can chip away at a child’s identity. But the children in our ChildHope schools know who they are because they understand their identity in Christ.

In today’s world, the enemy is trying to destroy children by attempting to undermine their identity. It is happening everywhere. You see it on the internet and social media. There is a direct attack on this generation of children.

But when a child understands that he or she has been created in the image of God — that changes everything. And I believe that we at ChildHope have been called to reach this generation of children for such a time as this. And since our ministry is through the schools, we have influence on them five days a week.

These children know who they are because of what God’s Word teaches them. Before anything else they are children of God.

Recently I met with two sisters from this school. Although they are growing up in a community of poverty where the average education level is 6th grade, each has high goals.

In their community you do not see a lot of hope … but when they speak, you can hear their hope for the future. One wants to be a doctor, the other a graphic artist. They are involved in their community and are leaders. They know who they are and are confident they can reach their dreams.

Throughout Latin America and the Caribbean in the ChildHope schools, children are learning these biblical truths and are able to stand strong against cultural trends that would harm their identity.

Please pray for the teachers in our schools. They are the ones on the front lines educating the children and fighting the schemes of the enemy who wants to destroy this generation.

And please know that all of us at ChildHope are fighting a spiritual battle — in our times of prayer and inside the classrooms — on behalf of every child in our program. Greater is He who is in us than he who is in the world.