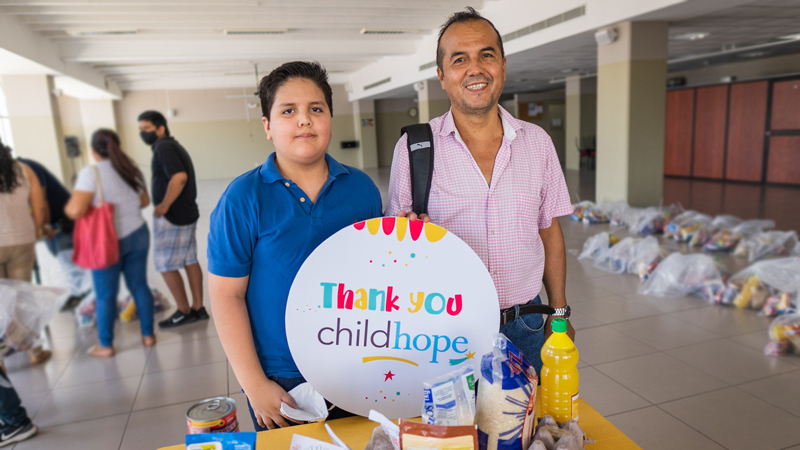 Thanks to gifts from friends like you, ChildHope teams across Latin America and the Caribbean have been distributing food baskets to families of ChildHope students whose parents are often without work during mandated quarantines.

Daniel (left, 10, Ecuador Costa) is the youngest of four children. Two years ago his mother died after a six-month battle with stomach cancer. His father (right) takes care of the children during the day and works as a security guard at night. Daniel says that the pain of losing his mother has drawn his family closer together. Many times they are short on money, but God always helps.  He said, “May God bless everyone who has made this food basket possible, not just for me but for all of my classmates that received it, too.”