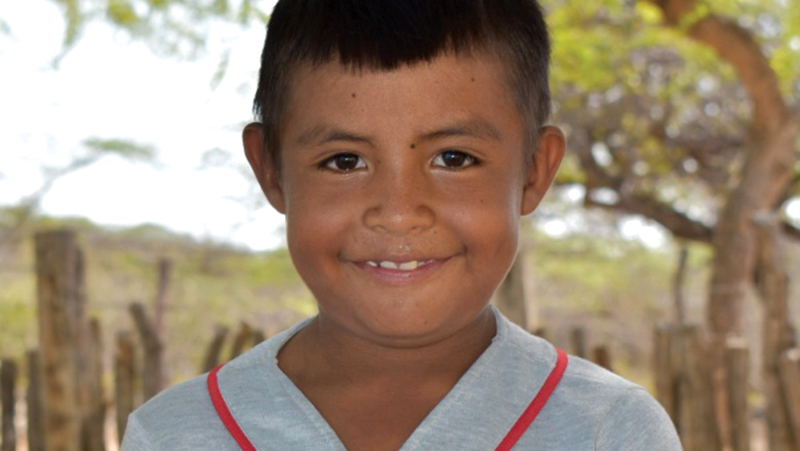 Eloy was born into tragedy.

Both his parents were drug addicts. His dad abandoned the family — his mother took up with another man who never liked Eloy … and kicked him out of the house.

At age 11, a starving Eloy was struggling for existence on the streets of Colombia.

The director of the local ChildHope school saw Eloy, a child so emaciated and malnourished, the school director thought he was 7 or 8 years old. He brought Eloy to school and secured a place for him to live and receive daily meals.

He was enrolled in first grade, with children much younger than he, but Eloy didn’t care — he was delighted to be able to go to school and have regular meals!

Today he is progressing in his studies, and has dreams of becoming a doctor.

His new life would never have been possible without friends like you. Thank you for sharing God’s love with Eloy and multitudes like him!