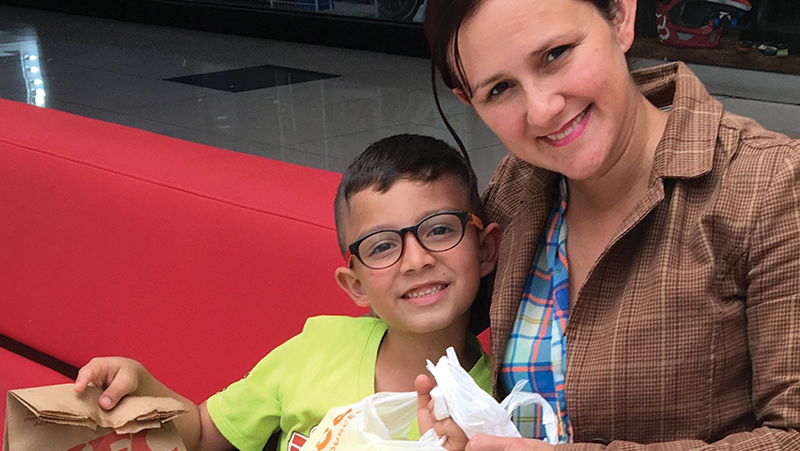 Someone made the difference for Efraín and Elizabeth

Elizabeth felt like she didn’t have the strength to go on. Her husband had abandoned her and her little boy, Efraín. She was struggling to raise him on her own. She didn’t know how she could even keep him fed.

Thank God for Sue, who stepped up to sponsor Efraín in ChildHope’s Costa Rica program. Now Elizabeth knew Efraín would be able to eat a nutritious meal each day at school.

“God, with His great love, showed me that I am not alone,” Elizabeth wrote to Sue. “He used you to remind me that Efraín has a heavenly Father that will never fail him, even if his earthly father does.”

This is the kind of impact you’re making as a ChildHope sponsor! Thank you for your faithfulness!