God speaks to His people all the time. The real question is; are we listening, and can we hear? The church at Antioch is one of those great examples of a church with leaders who had a regular discipline of prayer, listening to God and hearing what God said. The specific case in Acts 13 shows us leaders who have learned to know the difference between a novel thought and a direct command from God. Their response is to put into action what God has commanded. They bless the ministry of Saul (Paul) and Barnabas and send them in the direction of God’s command. 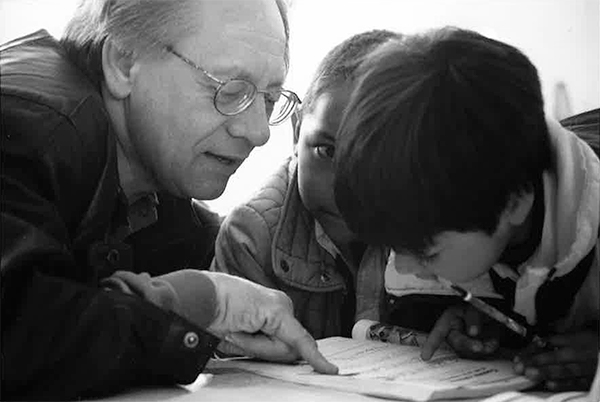 Nearly 40 years ago ChildHope’s co-founder Doug Petersen (above) was serving as a youth pastor in a church and seeking God’s direction for his life. One evening, while watching Monday Night Football, he flipped the channel at halftime to find a Christian program featuring a friend of Doug’s signing a song. In the middle of that song, God spoke clearly to Doug about his future. In the weeks that followed, he spent hours in prayer and began his journey of obedience, taking his family to Belize and then to Costa Rica to begin the expansion of ChildHope ministry.

Critical points in the ministry of ChildHope have regularly come to pass because leaders have listened to God, heard what He has said and then obeyed. Strategic plans and funding efforts have been blessed because we realized that eternal resources are always necessary to do God’s eternal business. Our efforts, no matter how well executed, will simply run out of effectiveness without the clear direction of God which is heard by leaders listening for God’s direction and obeying the plans He lays out before us.

Prayer:  Lord gives us ears to hear your words of direction to us and give us the power to obey that you may be glorified.

1 Now there were in the church at Antioch prophets and teachers, Barnabas, Simeon who was called Niger, Lucius of Cyrene, Manaen a lifelong friend of Herod the tetrarch, and Saul. 2 While they were worshiping the Lord and fasting, the Holy Spirit said, “Set apart for me Barnabas and Saul for the work to which I have called them.” 3 Then after fasting and praying they laid their hands on them and sent them off.