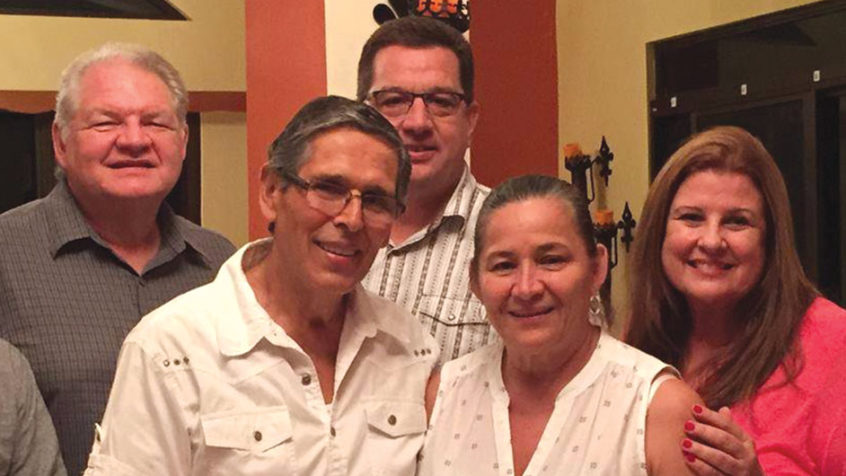 Sometimes, the Bible talks about someone you know.

Galatians 6:9 says, “And let us not grow weary in doing good, for in due season we will reap, if we do not give up” — and for me, that’s my friend Gerardo Barrantes, one of our ChildHope leaders in Costa Rica and throughout Central America. He was instrumental in bringing ChildHope to Nicaragua during a violent revolutionary period.

Gerardo was a successful business man, a fitness freak, a teller of funny stories and he would do anything for children in need. Though it was a volatile time politically, spiritual hunger gripped the nation of Nicaragua. Access to education was limited, and ChildHope schools filled that huge need. Gerardo traveled between Costa Rica and Nicaragua every few weeks carrying supplies and funds to strengthen the fledgling schools.

On one occasion, as Gerardo and I drove through the streets of Managua, there were revolutionary signs and flags everywhere. Graffiti sprayed on the walls touted political slogans. It was unsettling, to say the least.

And then, we entered our ChildHope school. A poster caught my eye: “Jehova dara poder a su pueblo!”(Jehovah gives power to the people!) In the middle of a world filled with competing ideas, here was a bold statement that these children could see every day. Our students were being taught that God empowered their lives daily with His lasting and perfect strength.

That was more than 30 years ago; my friend Gerardo died of cancer last year. The promise of Galatians 6:9 reminds me of the hard work he did decades ago. Today, Nicaragua ChildHope is thriving under the leadership of Levys and Bonnie Hernandez. Amidst the current political turmoil and violence, we are reaping a harvest of blessing. Built on a foundation that no force can take away, Jehovah continues to give transforming power to the children of Nicaragua. My dear friend, Gerardo, didn’t grow weary and did not give up.

[From the December 2018 issue of ChildHope’s Compañeros publication.]